Fourteen young people from Merthyr and RCT took part in a four day Songwriting and Production workshop at the University of South Wales, ATRiuM, during the Easter Holidays.  The young people spent the first two days learning and applying a number of song writing techniques including lyrics, groove, beat and chord progression.  They worked on creating a drum and base loop over which they wrote and arranged an original song.  In the remaining two days they went into the studio to learn the basics of multi-tracking, live recording and mixing.  They took it in turns to lay down an instrument on a multi-track recording, they performed and recorded their song live and spent the final day doing a mix down. 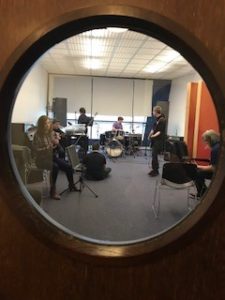 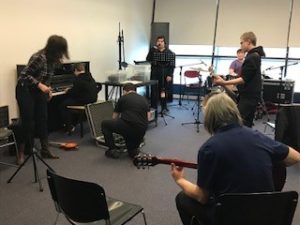