HE placements in FE – A case study in employability 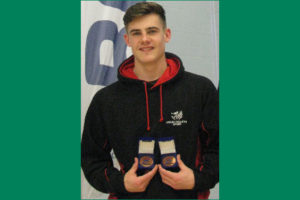 The First Campus partnership worked collaboratively with CollegesWales for three years offering HE student placements in the FE sector to raise awareness of HE and increase participation in physical activity.

Whilst on placement time was divided between:

The following is an interview with Conor Lees, a student who participated in the project: 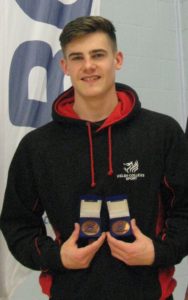 What attracted you to the role?

The main attraction to the role was the opportunity to help volunteer by going back into my college and help reset the activity sessions that started when I was in college. It was an opportunity to meet new people and widen my network, along with learning new skills. I was also able to gain more volunteering hours for my Millennium Volunteers Award.

What previous experience did you have?

I had previous experience from college, where I was part of the Student Management Team (SMT), where the aim was to increase participation in physical activity in students, around the college. From this I had experience in how to run meetings, organise sessions (Venue, Session Leaders, Times, Equipment etc.), and vital experience at talking at conferences.

What was your experience on the project?

My experience during this project was very positive. The first couple of tasks were quite challenging, where I had to organise the sessions. Firstly, I had to gain interest from the target students in other areas of the college and find out when they were free to participate in physical activity. Then, using the current SMT at the time, find out when they were free to run the sessions, along with when the facilities were free. It was then a case of matching the students time, with the SMT times and when the facilities were free, to gain a session slot. Once the sessions were up and running, it was the case of making sure that there were students there to take the sessions and taking registers. With paper registers taken, it was my job to then upload them electronically to UPSHOT. The final task once they were uploaded were to produce reports on the project along with media evidence.

How has the time on this project benefitted you?

I am currently working at ColegauCymru on an Internship, as the Sports and Event Co-ordinator. Within this role, organisation is key to running smooth and successful events. I have learnt how to book venues, send out invites to a vast amount of people, send on invoices and it has also challenged me with problems which I have learnt how to overcome. Due to the First Campus project, I was already aware of some drawbacks and which I was able to put contingency plans into place beforehand. This job has now allowed me to expand on the skills I leant on the First Campus Project. I have gained vital experience with UPSHOT, which I am also using at my current job. This has allowed a quicker set up at the start of the academic year, meaning more sessions/physical activity hours for students. Alongside my role at ColegauCymru, I have also become part of the Youth Sports Development Ambassador Project (YSDA Project), which is a European Union funded Project which aims to increase participation within ethnic minority groups around the EU. This project has allowed me to be in contact with organisations from countries such as Italy, Hungary and Portugal, just to name a few, which will help my networking in future jobs. Again, the organisational skills gained from previous projects has helped when setting up a 10 week programme for ESOL (English as a Second or Other Language) students within Coleg Gwent, Nash Campus.